A Guide to Lamb Lung Dog Treats (by Ruth the Vet)

When we think of tasty cuts of meat, we might think of tender steaks, succulent ribs, or crispy belly strips. Lungs probably aren’t anyone’s first choice for a high-protein snack – but that doesn’t stop them from being a popular choice for our dogs!

So, what are lamb lung dog treats? Are they a safe choice? Do they have any nutritional benefits? And which dogs should avoid eating them?

They are relatively low in carbohydrates and fats but still contain quite a lot of calories.

As these treats have not been cooked, there is a risk of bacterial contamination.

Dogs with a sensitive stomach may get an upset tummy after eating lamb lung treats.

Choking and intestinal blockage are also risks, especially in dogs who eat quickly.

Lamb lung treats are not suitable for puppies under six months old.

What Are Lamb Lung Dog Treats?

As the name suggests, Lamb Lung treats are made from the lungs of adult sheep. This might not sound very appealing to us, but many dogs will enjoy their meaty flavour, and they can have some nutritional value, too.

The lungs of sheep are usually considered a by-product of the meat industry.  Lamb lung is actually illegal to eat in the US, due to concerns that it may be contaminated by fluid from the stomach after the sheep have been slaughtered. However, it is regularly eaten elsewhere in the world. For example, it is a key ingredient in Haggis, a Scottish delicacy.

Most lamb lung treats are air-dried or freeze-dried, rather than cooked. They may be formed into smaller “bites” as treats, or larger strips to be used as chews. Their hardness will depend on how much they have been dried – the more moisture that is left, the softer the treat.

Lamb lung treats are not usually cooked. The drying process will kill many of the bacteria that are present in raw meat, but some can survive the process. This means there is a small to both you and your dog after eating or handling these kinds of treats, so be sure to take proper hygiene measures.

Lamb lung may be included in some raw diets. It is technically an organ but is not as high in vitamins and other micronutrients as other organs like the liver or kidney. Instead, it is closer to muscle meat.

All raw food carries a high risk of bacterial contamination, which can be dangerous to both dogs and humans. However, raw lamb lung may be an even higher risk than some other meats. When the sheep is slaughtered, some of the fluid from the stomach may come up into the throat, and then fall down into the lungs. This stomach fluid contains high levels of dangerous bacteria – infections can cause severe food poisoning or even sepsis in both humans and dogs.

It may be safer to use dried or freeze-dried products, as it is much harder for the bacteria to survive in dry conditions. However, even these products are often not completely free of bacteria.

This tasty treat is high in protein, but generally lower in calories than some other treats due to its low fat and carbohydrate content.

Single Protein Source
May be helpful for dogs with food sensitivities

A Leaner Snack
Lower in fats and carbs than other treats

Tasty
Ideal for a training reward

Lamb lung treats contain high levels of protein. This not only improves their flavour but also helps dogs to feel more satisfied after eating them, as protein promotes a feeling of fullness.

Lamb lung treats only contain sheep protein. This may be useful for dogs who are allergic to other forms of protein such as chicken, fish, or eggs. However, some dogs who are sensitive to beef will also be sensitive to lamb. It is also possible that some traces of other meats could contaminate the lamb lung during manufacture, so severely allergic dogs may not be able to tolerate them.

Sheep do not store much fat in their lungs, so dried lamb lung is generally low in fats and carbohydrates. However, it is high in protein, which does provide a significant number of calories.

May dogs will enjoy the flavour of lamb lung treats, meaning that they can be used as a reward during training sessions.

Lamb lungs have a high protein content, and are rich in many essential amino acids, including leucine, lysine, and tryptophan. Some protein is harder to digest than other forms, but thankfully dogs usually find lamb lung easy to digest. Protein is important for many different organs within the body, including the kidneys, liver, and skin.

Lamb lungs are lower in fat than some other kinds of treats, but this can vary a lot between manufacturers – some may be ten per cent fat or more. Dogs do benefit from some fat in their diets, but higher-fat treats may be more likely to cause an upset stomach.

Raw lamb lungs have a high moisture content, but most of this is removed during the drying process that creates these treats. This means your dog may become thirsty after eating them, so be sure to have fresh water available.

Lamb lungs contain significant amounts of vitamin B12, also known as cobalamin. This vitamin plays many important roles in the body, as it is needed to make DNA. However, if your dog is eating a complete and balanced diet, then they should already be getting enough cobalamin from this. Extra cobalamin will not do your dog any harm, as it passes out in their urine.

If your dog has a cobalamin deficiency (which is common with certain digestive conditions) then lamb lung will not be a good way to treat this. Speak to your veterinarian for advice on choosing a supplement for them.

Lamb lung also contains smaller amounts of other vitamins and minerals, including Vitamin C, B2 (riboflavin), B3 (Niacin), iron, and selenium. However, they are not a substitute for eating a properly balanced diet that has been formulated by a specialist.

Look Out for Calorie Count!

Lamb lung dog treats are high in calories – most treats contain between 350 and 600 kcal per 100g. The average dog needs around 30 kcal per pound of body weight – that’s just 600 kcal for a 20lb pooch. Be careful how many of these treats you offer your dog!

Lamb lung treats should only be offered as an occasional snack. As a general rule, treats and table scraps should make up no more than ten per cent of a dog’s daily food, by weight. The other ninety per cent should be a complete and balanced diet that’s been formulated by a specialist.

An upset stomach is not uncommon with new treats, particularly in dogs who are sensitive to a new food or who have had pancreatitis in the past.

Choking is a risk, especially in dogs who eat quickly.

Any new food or treat can give dogs an upset stomach (vomiting and/or diarrhoea). Some dogs are particularly sensitive, so if your pup has had an upset after new food in the past, it’s more likely that they will again. Some dogs may also be sensitive to certain proteins. If your dog has reacted badly to lamb or beef in the past, then it’s best to avoid these treats.

In rare cases, a new food can lead to pancreatitis. This is inflammation in the pancreas – one of the organs that produce digestive juices – and can lead to severe vomiting and diarrhoea, which may contain blood. It also causes a painful belly, and can quickly lead to dehydration, too. Dogs with pancreatitis may need to be hospitalised for treatment.

Sheep’s lungs are at high risk of becoming contaminated during the slaughter process. Most lamb lung treats are not cooked, but dried or freeze-dried, which is not as effective as removing the bacteria. These bacteria can pose a risk both to your pet and to yourself and may lead to severe food poisoning or even sepsis if ingested. Always take proper precautions when feeding uncooked meat to dogs.

The larger lamb lung treats or chews may be a choking hazard, particularly if your dog eats their food quickly or is prone to bolt it if they get anxious. Avoid giving these treats to dogs who are nervous or eat quickly, and always supervise them whilst they are eating.

If your dog manages to swallow a large piece of treat, there is a risk that it could swell and become stuck in their stomach or intestines. Always supervise dogs who are chewing larger pieces, and only offer small treats to dogs who are prone to bolting their food or have previously had an intestinal blockage. 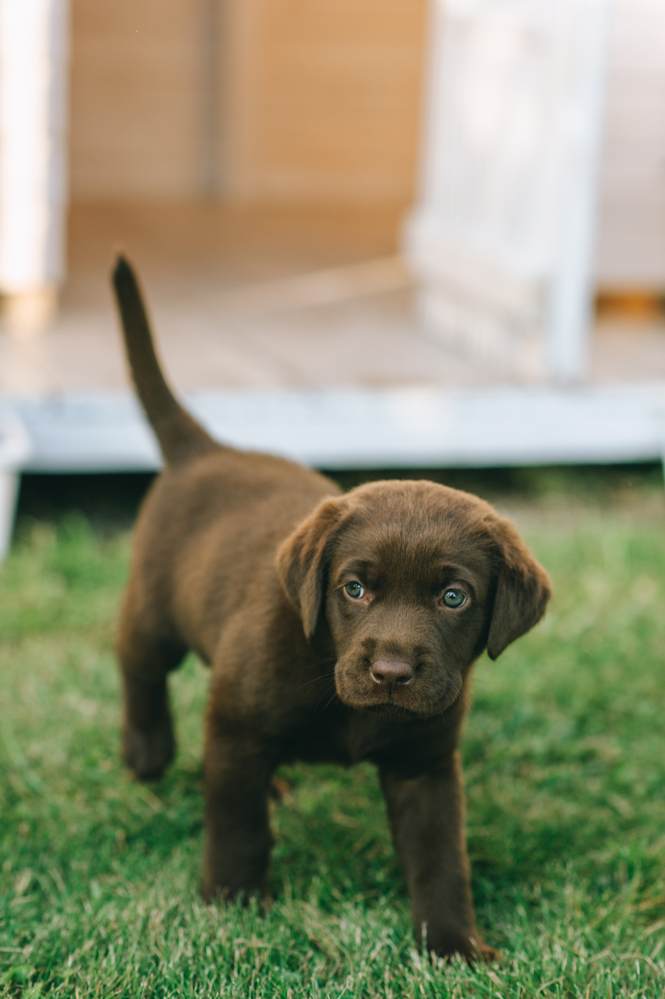 Most lamb lung treats are larger chunks or chews and may be unsuitable for young puppies as they are at a higher risk of choking or intestinal blockage. Hard chews may also damage puppies’ teeth – both their baby ones and the adult teeth that are growing behind them. Avoid feeding lamb lung treats and chews to puppies under six months of age.

If you’re looking for another kind of treat for your dog, other options include

Lamb lung treats are tasty treats but are not good for dogs in large amounts. Dogs should always be supervised to prevent them from eating the treats too fast and choking or developing an intestinal blockage.

Lamb lung treats are not always safe for dogs. There is a risk of bacterial contamination as these treats are often not cooked, and dogs may choke if they eat larger pieces too quickly. Unfamiliar treats can also lead to an upset stomach.

Lamb lungs are high in proteins, which gives them a strong meaty flavour. This means most dogs do like lamb lung treats.

How many lamb lung treats can a dog have?

Dogs should not have too many lamb lung treats, as they are high in calories and can cause an upset stomach, especially in large amounts. Treats should make up no more than ten per cent of a dog’s daily food intake.

How long lamb lung treats last can vary, and you should always check the manufacturer’s advice. Lamb lung can easily become contaminated with bacteria, so they should not be fed after the recommended date.

Can lamb lung treats cause blockage?

Large pieces of lamb lung treats can cause a blockage, as they may swell up in the stomach or intestines. Always make sure dogs chew these treats thoroughly before eating them.

Are lamb lung treats unpleasant to have in the house?

Lamb lung treats have a strong meaty odour which may make them unpleasant to have in the house. They can also carry bacteria, so you must take precautions when feeding them.

Can lamb lung treats cause diarrhoea in dogs?

Lamb lung treats can easily cause diarrhoea in dogs, especially if they are eaten in large amounts or if a dog has not had them before.

How are lamb lung treats harvested?

Lamb lungs are harvested from sheep’s lungs after they have been slaughtered. Sheep lungs are mostly considered a by-product as humans rarely eat them, so it is a sustainable way to create meaty treats. Dr Ruth Cawston MA VetMB CertAVP(SAM) MRCVS graduated from Cambridge in 2014 and has worked as a small animal GP vet ever since. She is particularly interested in internal medicine, as it combines her love of problem-solving and her somewhat geeky love of knowledge, and has completed her certificate in Small Animal Medicine.
Got a question? Ask us on Facebook... 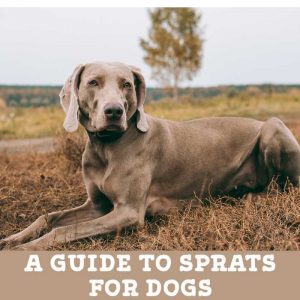